We want to bring you the best content and the best offers. Just so you know, we may collect compensation from the links on this page and some of our reviewers are compensated for contributing content to this website

10 Reasons Why McGregor Is Sure to be Annihilated

There are few people in the world who talk as good a game as Conor McGregor.

The Irish MMA fighter has gone from being completely broke to a multi-millionaire and one of the most recognisable people in sport. That rise has happened thanks to an incredible amount of hard work and dedication but there’s no doubt that his withering one-liners and ability to sell himself have helped considerably.

But has McGregor’s mouth got him in trouble ahead of his super-fight against Floyd Mayweather?

Mayweather is a best price of 1/6 to win the fight with Paddy Power and here are 10 reasons why McGregor is sure to be annihilated by the man many believe to be the best boxer of all time. 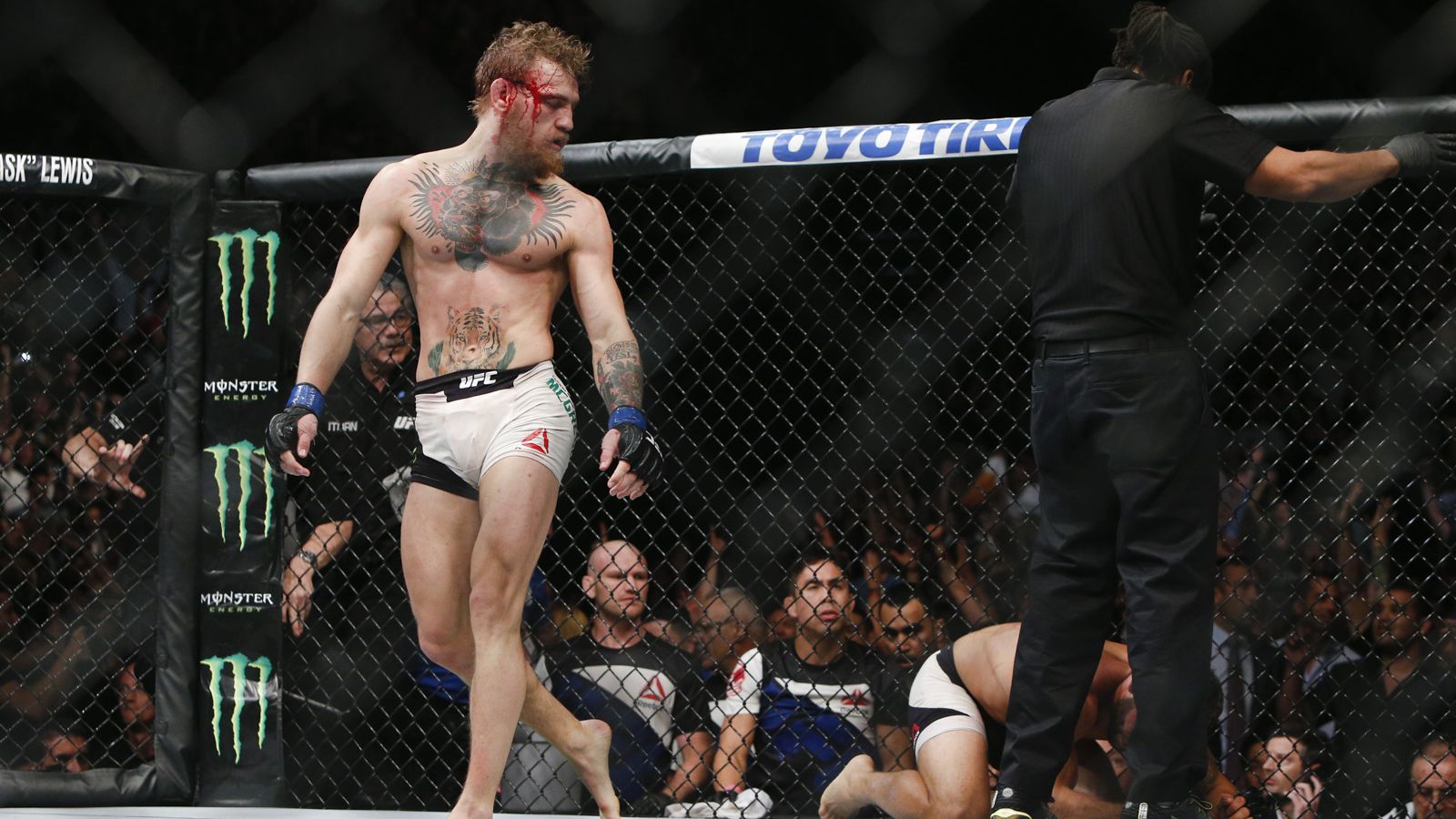 Floyd Mayweather’s last fight against Andre Berto equalled Rocky Marciano’s record of 49 fights unbeaten. Given the calibre of opponents he’d faced in a long career, Mayweather’s record is rightly considered one of the most impressive feats in boxing.

In contrast, Conor McGregor has zero professional boxing fights to his name.

In no other circumstances would a debutant be given a crack at such a decorated boxer so there really is only one outcome.

It’s not just that Mayweather has masses more experience than his rival, he’s held the world championship at five different weight classes.

Each of those fighters would have made short work of McGregor in the shape they were when they fought Mayweather so what chance does the Irishman have against the man who beat them all?

3 – This Alarming Video of the Two Training

Conor McGregor’s exploits as an MMA fighter have earned him a huge following. Some of those fans have bought into his FAST Conditioning program.

The combination of cardio, high intensity work and strength training elements which make up the training program have clearly suited ‘Mystic Mac’ well but throughout his fighting career he’s also had to focus on his jujitsu, his grappling, his striking, the list goes on in the world of MMA.

Mayweather’s simply been able to focus on his boxing and specifically, his ability to hit without being hit. Look at the comparison video of the two men training below and try to put a case for McGregor winning.

That was the mantra for McGregor before and after his fight against Jose Aldo.

It certainly worked as McGregor won via a knockout inside 13 seconds and he will take a similar approach into his camp for the Mayweather fight but there is one key difference. Mayweather has made a career out of not being hit.

There’s no doubting the punching power that McGregor possesses but what’s use is that if he can’t get near enough to hit his opponent?

Some bookies are offering odds of as short as 16/1 that McGregor will be disqualified from the fight against Mayweather due to him throwing a kick.

It’s one thing being able to spar in training but in the heat of the battle against the greatest boxer of all time there’s a real chance McGregor could slip into the habits of a fighting lifetime and fall foul of the Queensbury rules.

McGregor has said that Mayweather doesn’t want a fight, he wants a match under a certain set of rules “to keep him alive”. Those rules could end up keeping McGregor from the win.

6 – Those in the Know Are Sure of the Outcome

It’s been quite funny to see big names from boxing try to remain diplomatic while claiming that Conor McGregor has absolutely zero chance of winning.

When asked for their opinion on the fight, both Ricky Hatton and Tony Bellew were at pains to point out that they were fans of MMA and big fans of Conor McGregor before going on to say that the Mayweather fight will be no contest.

There is certainly respect for McGregor from fellow fighters but you detect a feeling that that respect isn’t being returned by him taking this fight and that it will all end badly for him.

7 – He’s Just Doing This for the Money, Surely

If you follow Conor McGregor on social media you’ll be in no doubt that he is a very wealthy young man.

Coming from such humble beginnings, it’s hard to feel jealousy or envy about what McGregor has earned. But it’s clear that his primary motivation for taking the fight with Mayweather is earning more money.

That’s not to say that he won’t put the work in before the fight but when you hear him talking about Floyd “running around the Showtime offices to get my money” and saying to talk show hosts “who would not like to dance around the ring for $180 million” you get the feeling he knows that this is about securing his financial future rather than his fighting legacy.

This is Floyd Mayweather’s legacy fight. Yes, it’s far from the most difficult boxing match that he’s ever taken but Conor McGregor gives him the chance to go 50-0.

Like many boxers, Mayweather knows his history and he will have sleepless nights about Buster Douglas’ win over Mike Tyson in 1990. Mayweather knows all about McGregor’s punch power and will be working extremely hard to ensure he doesn’t get tagged once.

McGregor’s only chance of winning is if Mayweather takes his eye off the ball. That’s not going to happen.

9 – The Ring Rust Argument Is a Non-Starter

McGregor fans have been looking around for reasons to support the fanciful idea that their man can beat Floyd Mayweather. There’s no question that Mayweather will have to deal with his opponent’s extra height, reach and youth but don’t be taken in by this idea that he’ll be in any way ring rusty.

Mayweather’s not fought since September 2015 but he’s not just been sat by a pool in Las Vegas during that time. He’s been in the gym, maintaining his fitness and staying sharp. With plenty of time for a full training camp, Mayweather will be in tip-top shape come August 26th.

It is well worth ending by repeating ourselves a little. It 49-0 versus 0-0.

This is like Joe Root trying to beat Rory McIlroy over 18 holes at St Andrews. Boxing and MMA are both combat sports but THEY ARE DIFFERENT SPORTS.

It’s the best defensive boxer of all time against a man who has never had a professional boxing fight before.

There’s only one outcome.